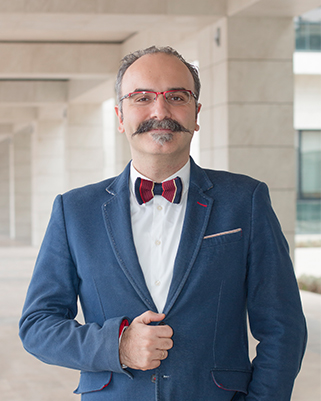 Assoc. Prof. Emrah Safa Gürkan received his M.A. in History from Bilkent University with his thesis on the Ottoman corsairs in the Western Mediterranean in the sixteenth century under the supervision of Prof. Halil İnalcık in 2006, after graduating from the Department of International Relations at the same university (2003). He received his Ph.D. in History from Georgetown University with his thesis entitled “Espionage in the 16th century Mediterranean: Secret Diplomacy, Mediterranean go-betweens and the Ottoman-Habsburg Rivalry”. Prof. Gürkan whose articles were published various international academic journals, conducts archival research on several issues such as cross-confessional diplomacy, palace factions in the Ottoman Empire, the Ottoman strategy and decision-making process, frontier studies, piracy, slavery, and conversion.